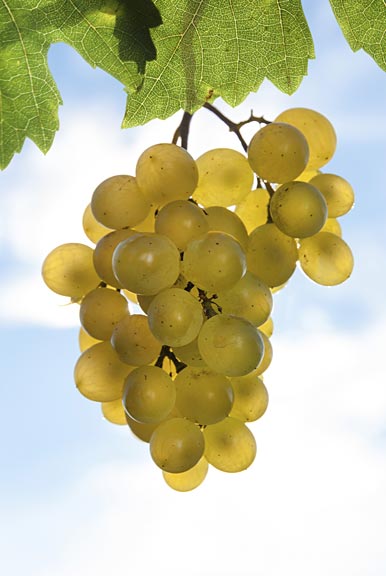 The upper Olympic Peninsula has 9 wineries / cideries within an hour or less of each other so, with a designated driver and a some directions, taking a tour of the Olympic Peninsula Wine Trail is easy enough (even if an official one has yet to be created).

Last time around we talked about the west leg of our Olympic Peninsula Wine Trail. This time we’re going to look at the east leg of the tour, the Port Townsend area.

Using the numbering on our wine association’s map, numbers 6-9 are what I’m calling the east leg of the trail.

END_OF_DOCUMENT_TOKEN_TO_BE_REPLACED 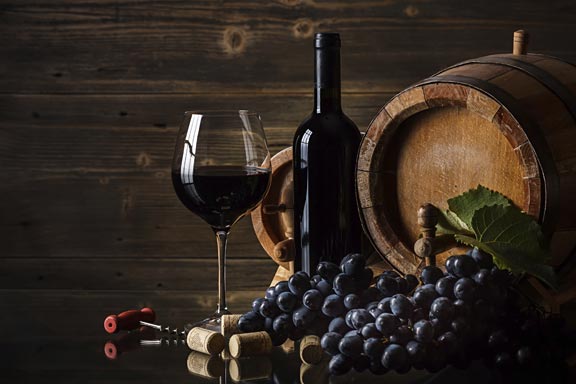 Okay, I admit it, there is, as of yet, no officially sanctioned Olympic Peninsula Wine Trail – but that doesn’t mean you can’t make up your own!

The upper Olympic Peninsula has 9 great wineries / cideries all grouped within an hour or less of each other – from Port Townsend to Port Angeles – and most of which are open daily or by appointment all year ’round – so taking a tour is a no-brainer!

END_OF_DOCUMENT_TOKEN_TO_BE_REPLACED

Participate in our upcoming photo contest.

The Olympic Peninsula is a scenic place.

Bring your camera to the Olympic Peninsula Wineries NW Wine and Cheese Tour on April 14 and 15, 2012. All are invited to participate in our first annual “Sip Wine and Cider, Say Cheese” Photo Contest.

Our wineries and cideries are located in some truly lovely spots.

Take photos of the scenery, the Washington wine, hard cider, the cheese. We’re looking for memorable photos to mark the occasion. The top 3 entries will be posted on the Olympic Peninsula Wineries website and Facebook page. Winners will receive a pair of tickets to the 2012 Harvest Wine Tour, November 11-13.

The historic barn at Olympic Cellars.

We had a great turnout for the first weekend of our Red Wine and Chocolate Tour. Thanks to everyone who journeyed to the Olympic Peninsula to enjoy delicious combinations of locally made chocolate and Washington State Wine.

Take advantage of the upcoming long weekend and journey to the Olympic Peninsula for the Red Wine and Chocolate Tour.

If you were unable to make it to Port Townsend, Sequim, or Port Angeles wineries and cideries this past weekend, you’ll have another opportunity this weekend. The Red Wine and Chocolate Tour of Olympic Peninsula wineries continues February 18-20, 2012.

Spend a couple of nights in a romantic Port Townsend Bed and Breakfast. Rent a cozy cottage in Sequim. Book a room overlooking the water in Port Angeles. Allow yourself plenty of time to visit the eight Washington Wineries and Cideries participating in the Red Wine and Chocolate Tour. If you visit each one, you’ll be eligible to win an elegant gift basket.

Take advantage of the coming long weekend. Spend your time sipping wine, savoring chocolate, and immersing yourself in the beauty of the Olympic Peninsula. Visit Dungeness Spit. Walk the trails of Fort Warden. Ride your bikes along a stretch of the Olympic Discovery Trail. Visit a beautiful farm in Chimacum.

This is one of the most anticipated events of the year. Sublime combinations of wine and chocolate are explored and celebrated. Each participating Washington State Winery and Cidery on the Olympic Peninsula will have something unique to share: a deep, dark chocolate fountain, sinful truffles, and an abundance of new release wines.

Try a variety of sweet combinations at Black Diamond Winery. Chocolate truffles will be served alongside Raspberry, Loganberry, and Strawberry Wines. Black Diamond will also be pouring their Syrah, for folks who like life a little less sweet.

There are chocolate desserts, and then there is chocolate food. It’s hard to resist Camaraderie Cellars’ cocoa spice-rubbed pulled pork cooked in a wood-fired oven. Try it with the savory chocolate bruschetta, which is unlike anything we’ve ever tasted. Enjoy them both with the 2009 Syrah, which will be released during this event.

For the sweet teeth out there, Camaraderie will serve Molly Baby chocolate shortbread cookies and Equal Exchange Fair Trade Chocolate bars. Cabernet and Merlot varietals will be served alongside these goodies.

Tucked away on a lovely piece of ground above Discovery Bay, Eaglemount will serve new releases of their cider, mead, and red wine. Chocolates by Chocolate Serenade add a sweet touch.

Dip a strawberry into the chocolate fountain at FairWinds Winery, in Port Townsend.

It just wouldn’t be the Olympic Peninsula Red Wine and Chocolate Tour without a chocolate fountain. The fountain at FairWinds Winery is said to be the tallest chocolate fountain on the Peninsula. Dip fruits and sweets into this delicious pool of dark chocolate and try the latest vintages of Gewürztraminer, Port O’ Call, and a Carbernet Sauvignon / Merlot blend. You may not want to leave.

Treat yourself to a ticket to the Chocolate Chamber, where you can dive into a cup of “BLISS” Chocolate Elixir, a creamy gourmet sipping chocolate by Jennifer Michele Chocolat of Port Townsend.

Italian grape varieties grown in Washington State are the foundation of the wines at Wind Rose Cellars in Sequim. Try the newly released 2010 Dolcetto and sample the creative chocolate combinations made by Sequim’s Cocoa d’Amici: Hazel Nut Crunch, Pistachio Fig, and Ginger Cinnamon.

Walk to the New Dungeness Lighthouse, on the tip of Dungeness Spit in Sequim.

Perched on the end of the Dungeness Spit in Sequim, the New Dungeness Lighthouse is far from new. Yet today it is as remote and beautiful as it was more than 150 years ago. It’s worth a look the next time you’re visiting the Olympic Peninsula. Since the weather is supposed to be great during the next couple of weeks (at last!), plan a trip soon.

Dungeness Spit is the world’s longest natural sand spit, extending five miles into the Strait of Juan de Fuca (and growing every year). There is no quick way to get to the lighthouse at the end of the Spit – visitors must walk five miles to the end of the Spit and five miles back. Those who do are rewarded with stunning scenery, wonderful wildlife, fresh air, and peace.

A walk out to the New Dungeness Lighthouse is a fantastic way to celebrate a special occasion. It’s an incredible experience, even on the most blustery days. Once at the lighthouse, visitors are rewarded with amazing views from the top of the Lighthouse tower. On clear days, the Olympics, the North Cascades, and Mount Baker will knock your socks right off your feet.

Several picnic tables are located out by the lighthouse, and driftwood chairs are abundant on the beach. Picnics should include a bottle of Washington State Wine from the Olympic Peninsula – to celebrate your surroundings.

Celebrate the return trip with a stop at one of the nearby Olympic Peninsula, Washington State Wineries. Olympic Cellars, Harbinger Winery, Camaraderie Cellars, and Black Diamond Winery are all located in Port Angeles. All offer wine tasting.

It is possible to travel by boat to the New Dungeness Lighthouse. Advance notice must be given to the National Wildlife Refuge at 360.457.8451.

Travelers to the Olympic Peninsula have long gone there to find stunning scenery, rain forests, and unparalleled outdoor activities. Back in the day few travelers expected to find great food or wine. That has changed.

These days, people exploring the Olympic Peninsula come across restaurants that have been written up in the New York Times (Fins, in Port Townsend). They find hand-crafted pizza made in wood-fired stoves at Sequim’s Alderwood Bistro. They find elegant garden dining at the Cafe Garden in Port Angeles. They also find award winning Washington State Wine and cider.

When next you head to the Olympic Peninsula, be it to hike, admire views from Hurricane Ridge, or spend time in a historic seacoast town, be sure to bring your appetite. Allow time to stop by one of the Washington State wineries in Port Angeles and Port Townsend, where you may taste hand crafted Washington wine. Visit a picturesque cidery in the Chimacum Valley, and taste cider made from Washington apples. You’ll be happy you did.

2011 is the “One Hundred and Sweet Sixteen” Sequim Irrigation Festival. The oldest festival in the state is currently underway, and concludes Sunday, May 15. What a great excuse to drop everything and travel to the Olympic Peninsula this weekend.

Experience the 2011 Sequim Irrigation Festival, May 6-15.

There are several Washington State Wineries close to Sequim on the Olympic Peninsula. When you’ve had your fill of parades and tractor pulls, slip away to taste locally made Washington wines at one of the wineries in nearby Port Angeles: Olympic Cellars, Camaraderie Cellars, Harbinger Winery, and Black Diamond Winery. As you head home on Sunday, allow time to try Washington wine and hard cider at Finnriver Farm & Cidery or Eaglemount Wine & Cider.

Bring your own glass to the 2010 Harvest Wine Tour of Washington State Wineries on the Olympic Peninsula. The amazing taste of fall.

Our Harvest Wine Tour takes place November 13 and 14 from 11 a.m. to 5 p.m. at all seven member wineries. This is a great excuse to head to the Blue Hole in Sequim, which will probably be in high demand come mid November. Olympic Cellars on the road to Port Angeles, and Camaraderie Cellars and Black Diamond Winery in Port Angeles will serve an assortment of autumnal appetizers alongside their wines.

The Olympic Rain Shadow stretches to scenic Port Townsend, where Sorenson Cellars and FairWinds Winery will serve their finest Washington State Wines and FinnRiver Farm and Cidery will amaze you with their delicious hard cider. Tasty treats will accompany the wines.

For extra fun, each winery will host a scavenger hunt for wine-related items during the weekend.

Tickets for this self guided tour are available in advance or at the door on a first come basis for $25.00 and entitle you to complimentary wine tastings and appetizers at each winery during the weekend. A tasting fee of $5.00 per person per winery will apply to non ticketed visitors.

Looking for a reason to leave the city and head to the Olympic Peninsula? How about a bike ride on the Olympic Discovery Trail?

The Olympic Discovery Trail currently stretches from the Jamestown S’Kallam Tribal Center in Blyn (about 6 miles south of Sequim) to Ediz Hook in Port Angeles. Much of it follows an old railroad route. It runs between Highway 101 and Sequim Bay and alongside the Strait of Juan de Fuca in Port Angeles. In the future, this trail will stretch from Port Townsend to the coast of Washington by La Push.

Washington State Wineries of the Olympic Peninsula support the completion of Olympic Discovery Trail. It provides a safe alternative to road biking, while connecting many communities on the north Olympic Peninsula. END_OF_DOCUMENT_TOKEN_TO_BE_REPLACED

The Sequim Lavender Festival starts July 16, 2010, but Olympic Peninsula Wineries have decided to start celebrating a bit early. Our Washington State Wineries will be open daily from 11 am to 5 pm starting this Saturday, July 10.

END_OF_DOCUMENT_TOKEN_TO_BE_REPLACED

A stroll through the Farmers Market in Port Townsend, Port Angeles or Sequim is enough to let you know that people here take their food seriously. Numerous small farmers fill their stalls with fresh fruits and vegetables each week. Be sure to bring a cooler with you, so you can stock up on fresh, tasty Olympic Peninsula produce. END_OF_DOCUMENT_TOKEN_TO_BE_REPLACED